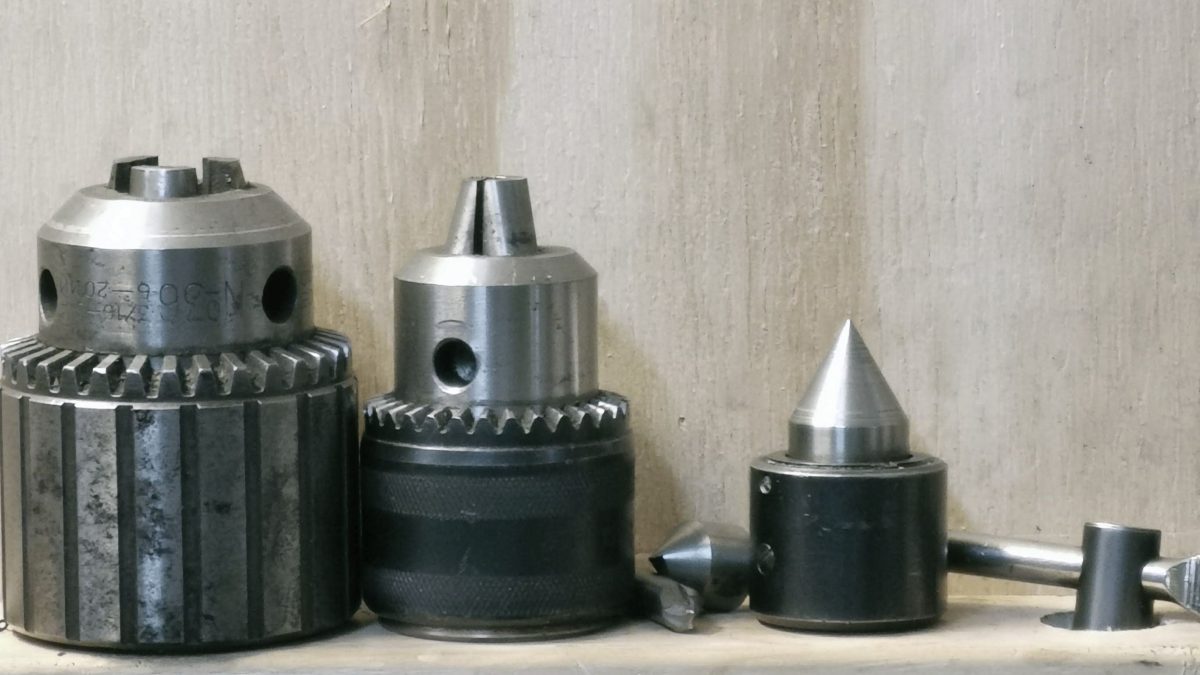 Find out what has been happening at the hackspace in the December 2019 Nottingham Hackspace Newsletter.

This month we held our AGM, there was a Festivus party and the classroom tables were ordered! You can get this newsletter delivered straight to your inbox by signing up here.

We held our 2019 AGM on Tuesday 3rd December at Antenna. The trustees would like to extend a massive thank you to everyone who attended or arranged a proxy vote. We had a quorum, with 142 members present or registered as proxies, over 20% of the membership.

It was so fantastic to put faces to names, meet you all in person and gather as community under one roof to celebrate our year together. 2019 has had many highs and some lows for the Nottingham Hackspace so we had a lot of topics to cover. We covered the year’s most important news, enacted two changed to the constitution, signed off on the year’s finances and had a good catch up with familiar and new faces alike. 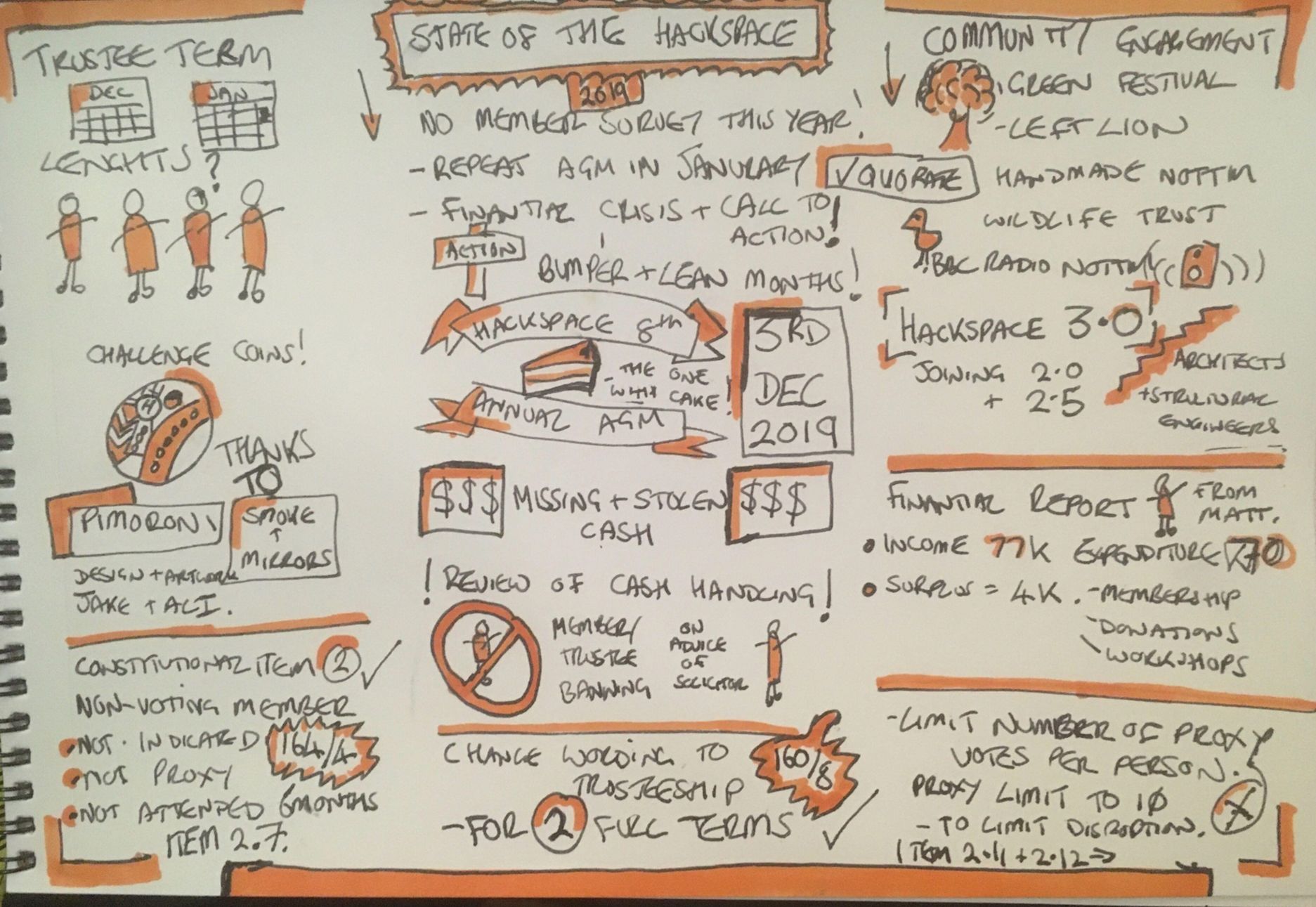 A very successful AGM by any measure!

Ali stepping down as Trustee

Ali has informed the trustees that she will be stepping down early from her role as a trustee. Ali has served as a trustee since she was elected in 2018. The remaining trustees want to thank Ali for all her hard work and wish her all the best for 2020.

As Ali has less than 6 months remaining in her term, it has been decided to hold off filling her role until the next annual election of trustees in May 2020. 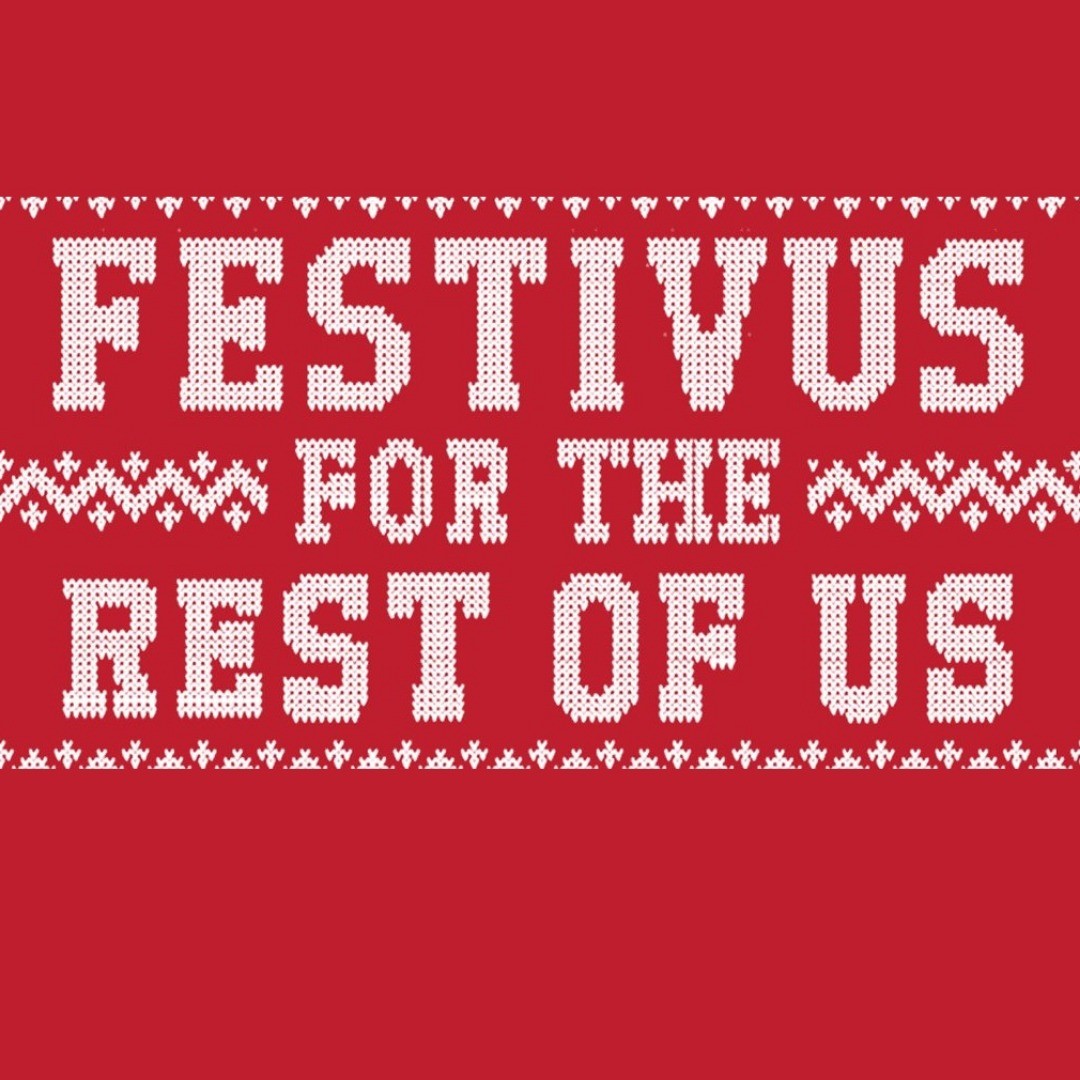 On the night of the 23rd December 2019 members and their guests are invited to the historic and traditional Nottingham Hackspace Festivus Party, our last before the world quietly slips into the 20s. Activities will be kicked off officially at 18:30 (that’s half six pee em) with a screening of Seinfeld

“A Festivus for the rest of us”

We encourage you to come along to this party which is a tradition of ours in the Festive season. The Hackspace will be properly decorated with a bare aluminium pole (and nothing more). We’ll have the arcade machines up and running, there is talk of board games and rock-band games whatever they are as well as many other diverting activities. Cards against humanity is banned.
Ninja is the game traditionally played by Hackspace members at our annual festivus party. Pictured is Festivus 2013 in the Studio. 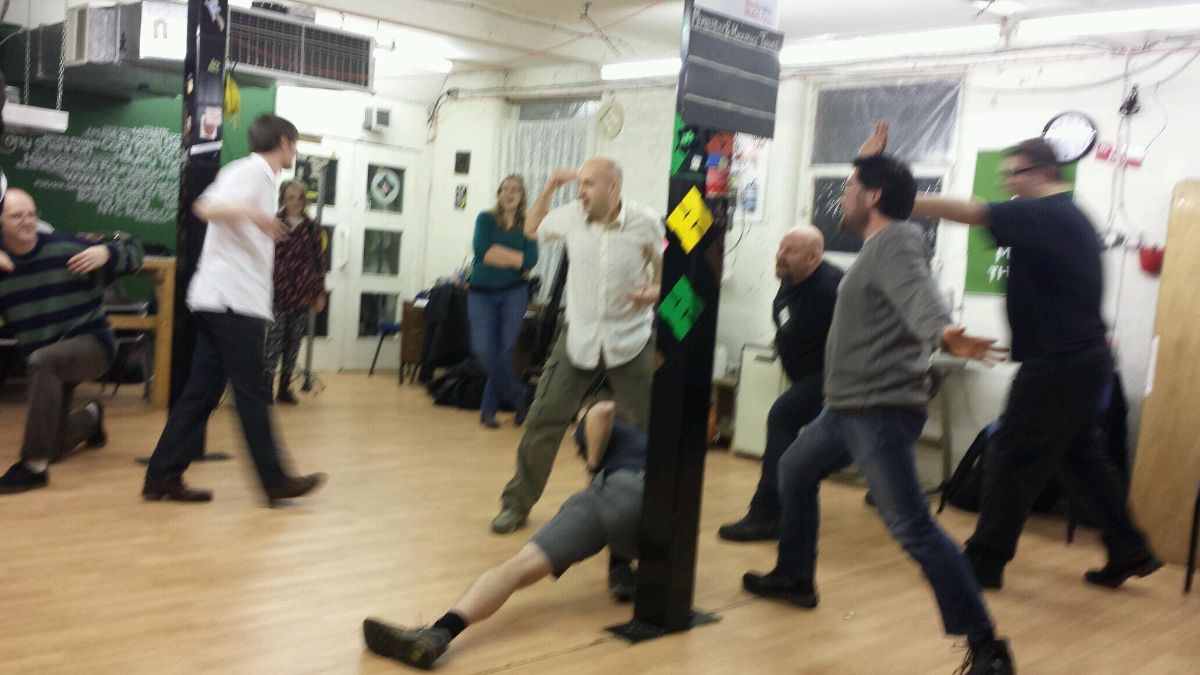 The members meeting, which is normally held on the first
Wednesday of the month, has been rescheduled to Wednesday 8th January.

Members meetings are your chance to get involved with how the space is run and are a fantastic opportunity to meet other makers. Hope to see you there! 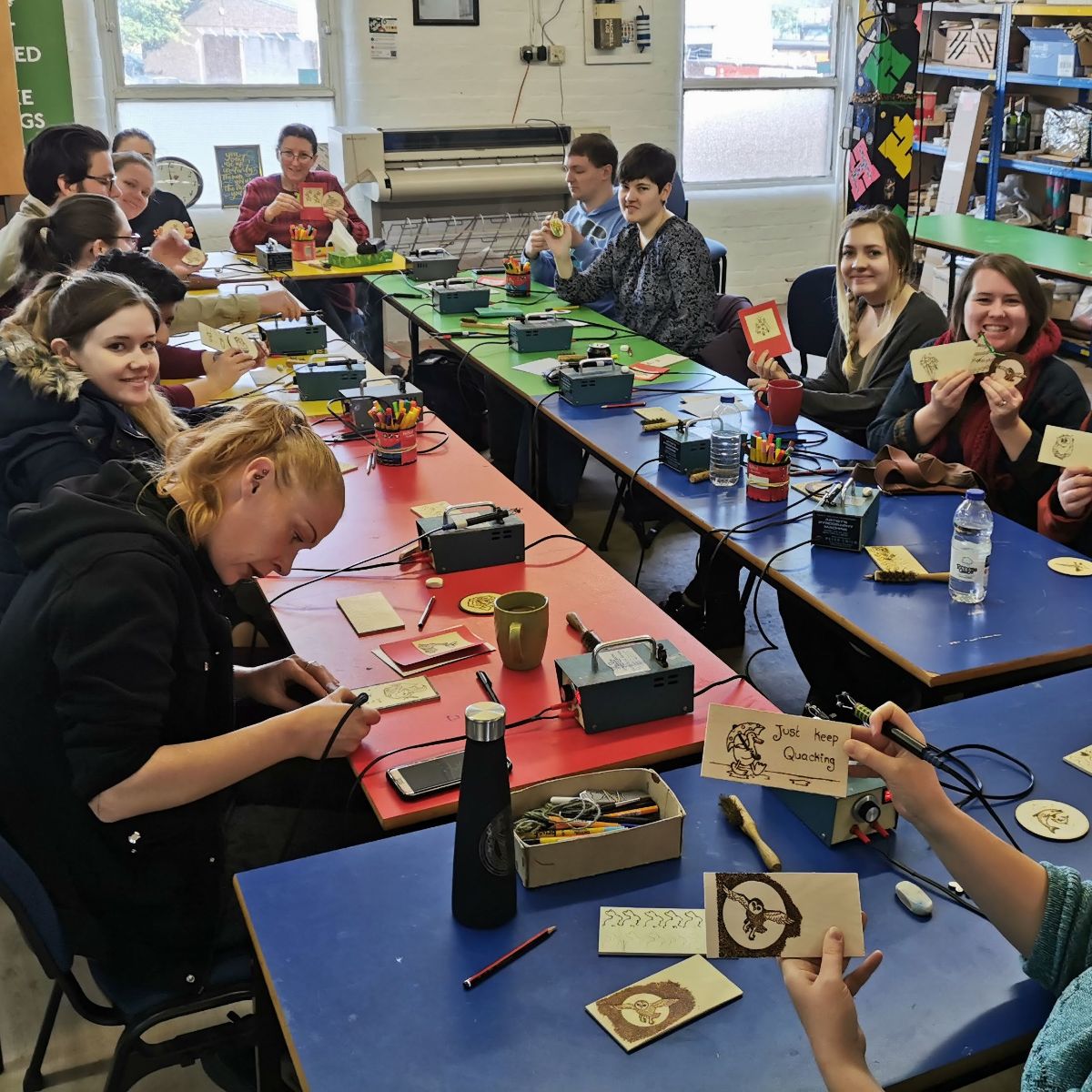 In 2020 we want to hold more events at the hackspace than we ever have before. Perhaps you’d like to host a practical workshop to share your skills, or start a weekly meetup to discuss something you’re interested in. Whatever your ideas are, get in touch and we’ll help get them arranged and into the Nottinghack calendar. 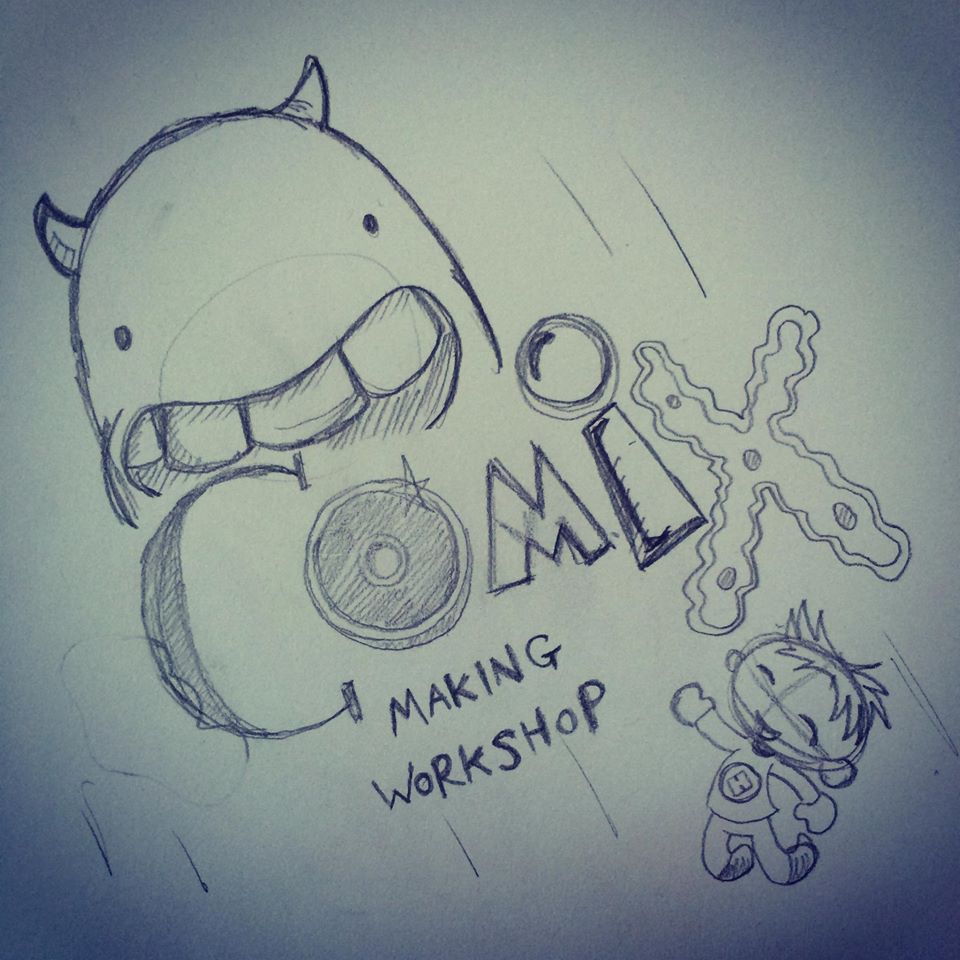 Did you know, on the first Thursday of every month the Nottingham Hackspace comics making group meets to discuss, draw and share ideas! 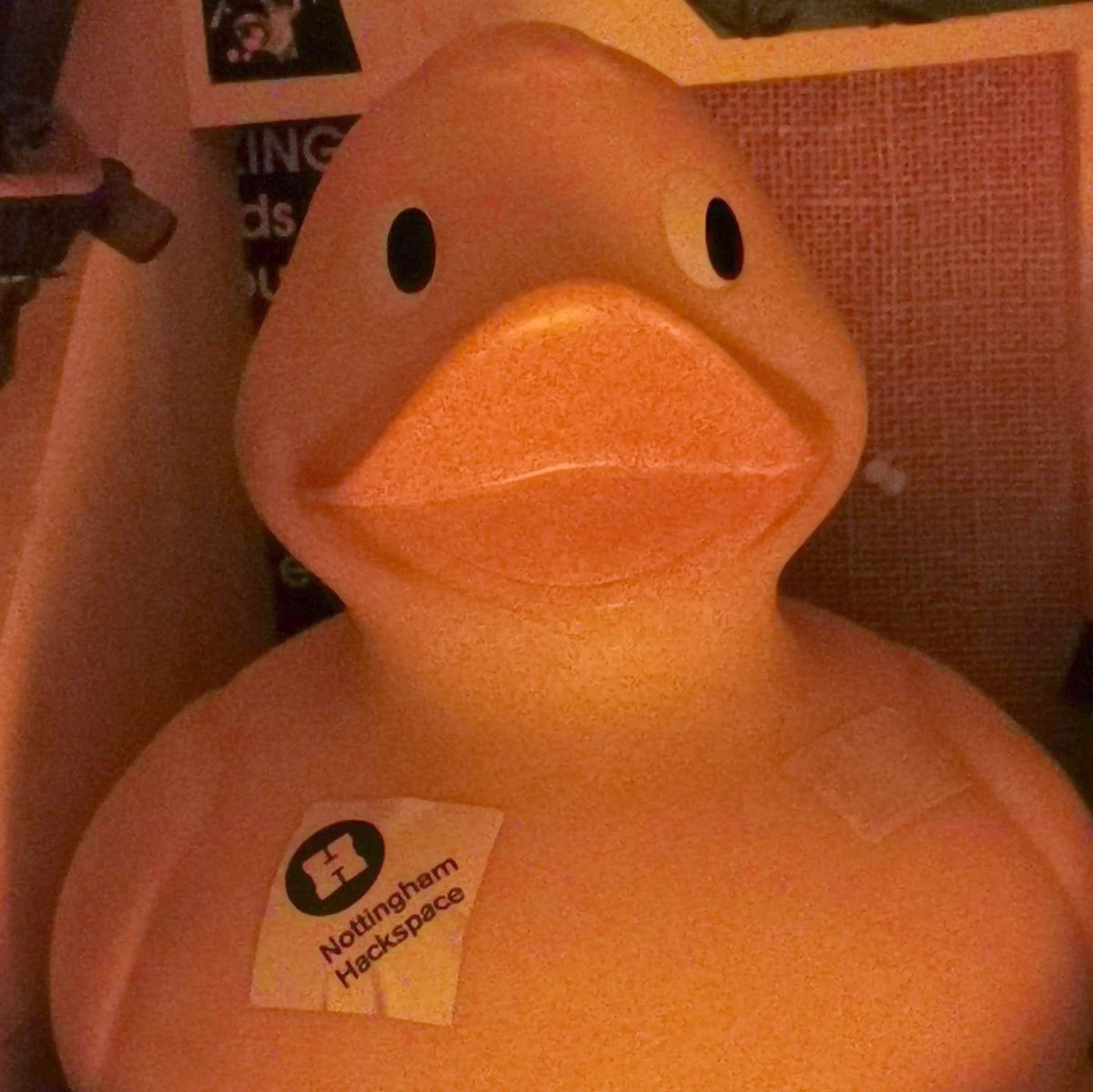 Dan Goldwater is leaving Nottingham in January and has been fantastic member of the team this year. Thanks and best of luck from the whole team. To fill Dan’s boots we need a few more people to help run tours on Wednesday evenings.
Let us know you want to help!

Classroom Tables have been ordered! 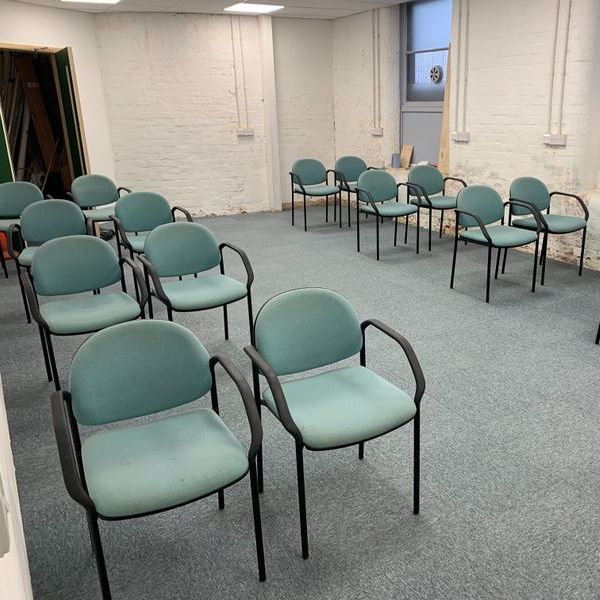 The first four tables arrived and we were so impressed that we’ve ordered the whole lot! The tables will arrive at the space at some point in mid january and will complete our classroom space. 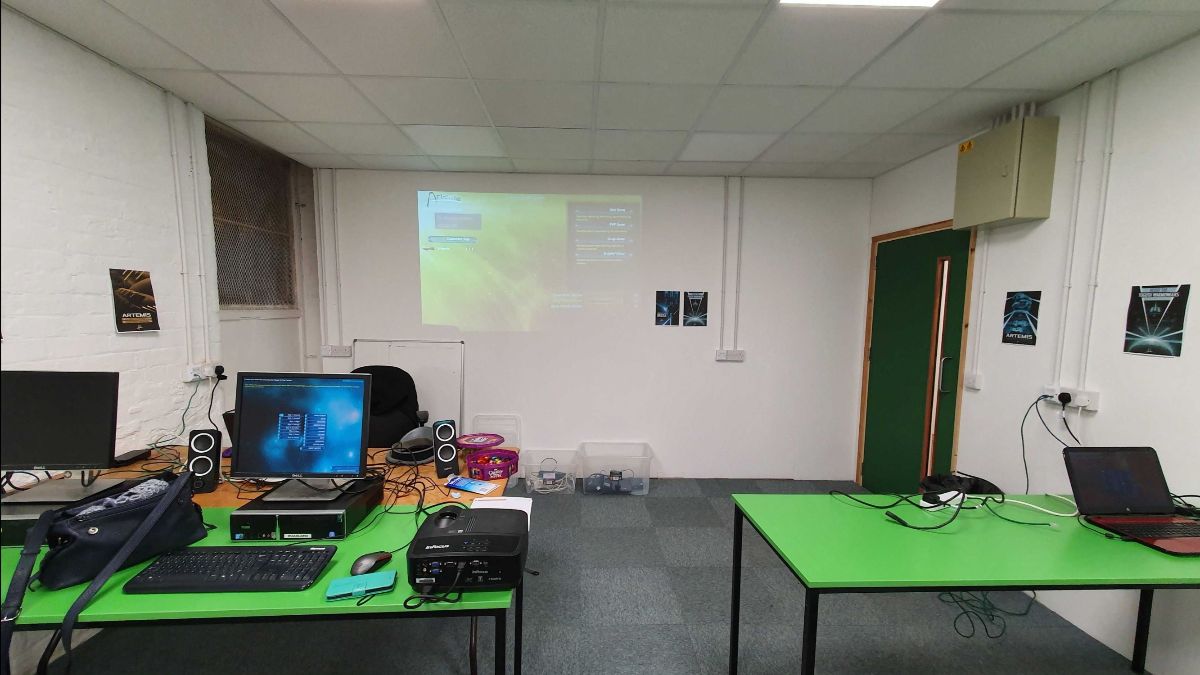 On 29th November, Using the new classroom tables Artemis: Starship Bridge Simulator was run for the first time in years. Several people showed up to man helm/weapons/engineering fighting against fleets of bad guys, in spite of the cold weather – will have to get electric heaters next time!

Everyone had a good time and Andrew expects to help run it again sometime in the early next year – if interested let him know on Slack so a date can be sorted that suits as many people as possible. 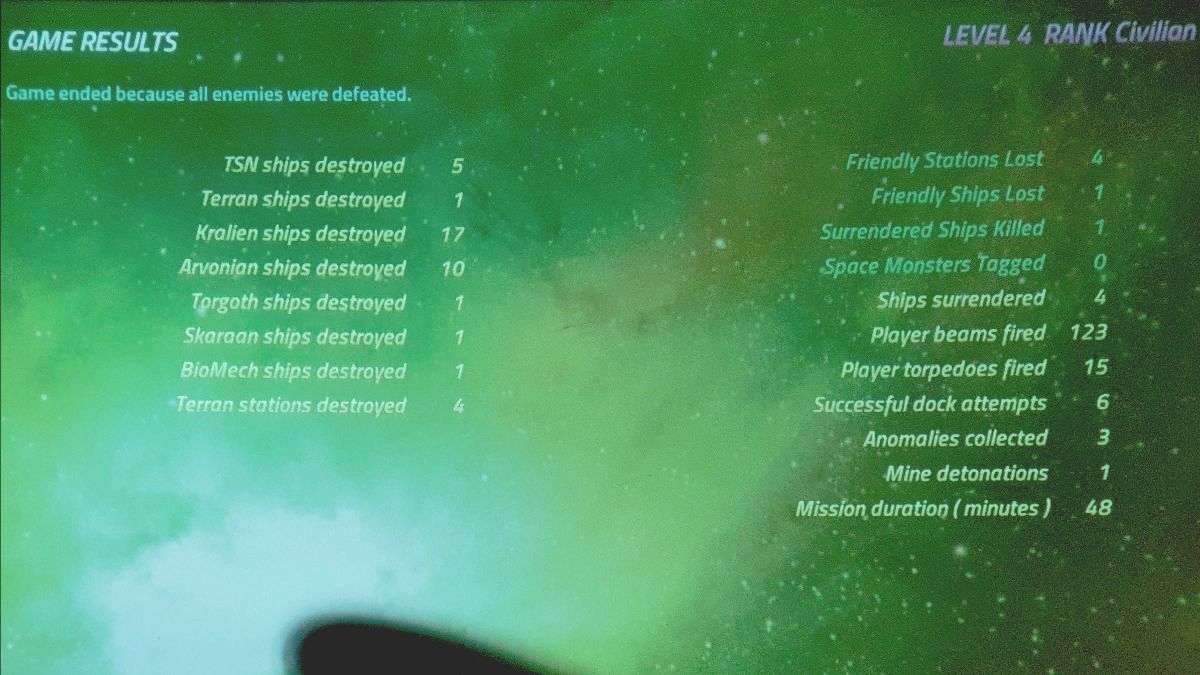