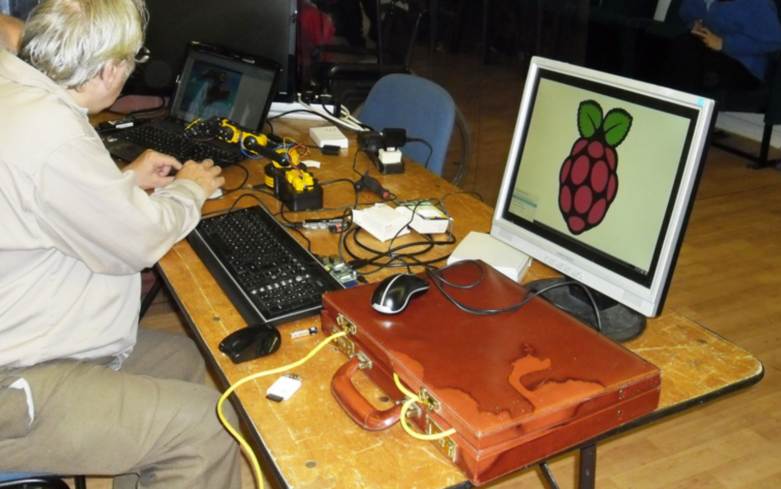 Nottingham Hackspace’s first Raspberry Jam was a success, with around 40 people attending to see what the fuss was about. The crowd at the Raspberry Jam

The Raspberry Pi is a low-power computer approximately the size of a business card. Designed originally to get kids into programming, the size, wide range of uses and the low cost of just £25 made it an instant win with programmers and hackers all over the world. Getting to know the Raspberry Pi

At the Raspberry Jam on Tuesday, 3 July, Raspberry Pi owners, people waiting for their Raspberry Pis to be delivered, and people wondering what all the fuss was about came and saw some of the possibilities this innovative computer could provide. Working with a Raspberry Pi and a robotic arm

The next Jam will be Tuesday, 7 August, from 6:30pm onwards.

Please note: If you have a Raspberry Pi, please bring your own monitor, keyboard and power supply, as we have a limited number at the Hackspace.